A few days ago a man I’d become rather fond of died alone in his house at the age of 40. By most people’s standards W may not have been the picture of health, however one might argue that he was the picture of a life well-lived.

He was handsome … well-spoken … cultured and at times quite charming in his own right. Our paths had crossed several years ago at the home of NSSA (Not So Starving Artist) during an Iron Bowl party #RollTide. I was arm deep into a bag of Oreos when I felt the bag closing over my hand. I looked up only to find a stocky, Rolex wearing schlub staring me down. It was W and in that moment I instantly knew that he was  “peculiar” which is just a nice southern way of calling someone an “a**hole.” W was an attorney, from LA (Lower Alabama) that loved expensive alcohol, watches, young blondes and his dog (not in that order). People either loved him or they hated him; there was no in between.

Eventually, and I’m not sure how it happened, W won me over in spite of the fact that I reminded him of our past encounter for at least 2 years after the incident. Thankfully, it became a joke and ultimately our meet cute story. I grew to genuinely like him, though admittedly I’m not sure if I ever really knew him. Then again, do you ever really know someone?

A couple of years ago W convinced me to introduce him to Cici, my younger sister. While she wasn’t blonde, she was young. W liked them young and dumb and full of … anything except life experience. He believed “women in their late 20s and early 30’s were somehow tainted by the men they’d met along the way.” He preferred his women fresh out of undergrad – the fresher, the better.

NSSA said it would never work, that W and Cici were too different. He was right. They didn’t last 5 minutes. W had expected to meet the early 20’s, non-tainted version of me. Instead he met Cici, who can best be described as a combination between a Barbie doll and an extra from Bad Girl’s Club. W was looking for a senator’s wife and Cici’s more like a Basketball Wives kinda girl. But I digress …

About a year after that, we both found ourselves at a frenemy’s house during a cook off and W, half a bottle of scotch in, decided it was a good occasion to profess his love for me. “We would make an amazing couple” he said. “You’re exactly what I need … you’re perfect for me.”

“And you are drunk W!” I smiled. He was right, I was exactly what he needed; however, he was few years late with his proclamation. And secondly, I’d dated one of his friends and wasn’t going down that wayward path. And thirdly (can I say that? yes I can), Thirdly I don’t date attorneys anymore.

W, despite his flaws was a good man. Did he drink too much? Absolutely. Was he rude? Oh my God, was he rude. An ageist? Chiggedy check. Sexist? At times, absolutely. Could he have used the right woman to smooth out those rough edges? Without a doubt. And still he was a good man. A good person.

W was found dead by LLF last Wednesday, March 18th, 2015. A day which also happened to be my birthday. He was a successful, 40 year old man. Never married … no children. A confirmed bachelor with no prospects in sight, though he had been engaged some years ago to some girl who could have easily played Malibu Barbie in a Pixar film.

Unfortunately, W’s death has managed to raise more questions than answers for many of us that “knew” him or even knew of him. While being single is by no means a curse, are singles ultimately existing in a Wife or Death Situation? God, I hope not.

Posted in Being Single, Break-Up, Dating, Death, Fate, Getting Married, Going Out, Guys, Love | Tagged All My Friends are Married, All the SIngle Ladies, babies, Being Amazing, Dating, Dating Advice, Death, Death of a Salesman, Life, Living Alone, PSA, Wife or Death | Leave a comment

That Time I Was Really Happy … And I Knew It.

Apologies for having not written in forever. To be honest, I was well… rather uninspired. I suppose it’s only right to catch you up on how I’ve been spending my time … I’ll hit the high notes.

Got a new job … pseudo dated the Persian (this got weird, like super weird) THEN friendship broke-up with the Persian after I’m told (because I remember none of this) getting white girl wasted at the wedding of a former stripper to a 76 year old Georgio Armani doppleganger, slapping upwards of 3-5 people, falling down steps and cursing out the clergy member that performed the ceremony, only to wind up throwing up in hair (it really is important to have someone hold it back) and waking up disoriented in a half eaten couture skirt #TrueStory … cut off all communication with the exes (Not-So-Starving Artist, LLF and Showtime) … Became a MILF (via a shorkie surrogate) … worked for an eccentric millionaire … quit working for said millionaire … Yep, that about sums it up.

It’s hard to put into words. Have you ever had a feeling you were in the right place, at the right time AND yet your circumstances were completely contradictory to that? Let’s assume you answer “yes.” Well me too!! I feel so incredibly blessed to have entered a new year with no lingering or residual energies from the past. While it didn’t feel good to severe ties with some people I had in my life, in the end I made the best decision for me. And the result … the result is/was everything. I finally feel like I’m exactly where I want to be happy and healthy and thankful and more importantly, hopeful. 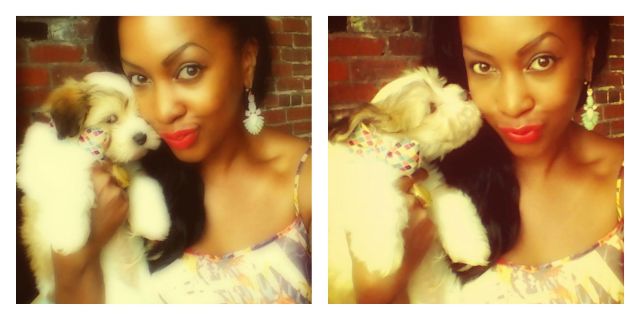 … “El” DeBarge, the Shorkie, and I would like to wish everyone a Muvva’s Day that is filled with everything that is good and wonderful.

That moment when you remember and then forget again …

Image | Posted on April 25, 2014 by The.Pretty.One | Tagged Being Amazing, Look Forward, Moved On, Old Flames, relationships, Summer Love, The Best is Yet to Come, the notebook, The Past | Leave a comment 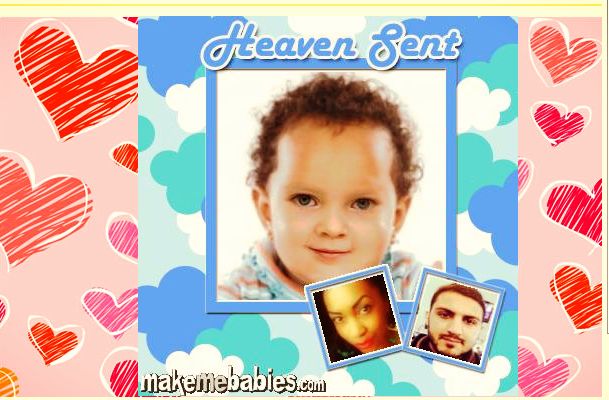 “The qualities you admire in your father, will be the characteristics you seek in your husband.”

Quote | Posted on February 5, 2014 by The.Pretty.One | Leave a comment
Eat.Pr8y.Blog
Create a free website or blog at WordPress.com.